After narrowly escaping from the Admin’s twisted prison, Jesse and the remaining fugitives discover not just a forgotten city but an entire hidden world buried beneath the bedrock. Though largely in ruin, the gang quickly learns it’s not entirely abandoned, leaving them to win over wary inhabitants, face unexpected challenges, and pursue the real truth about the Admin’s origins… 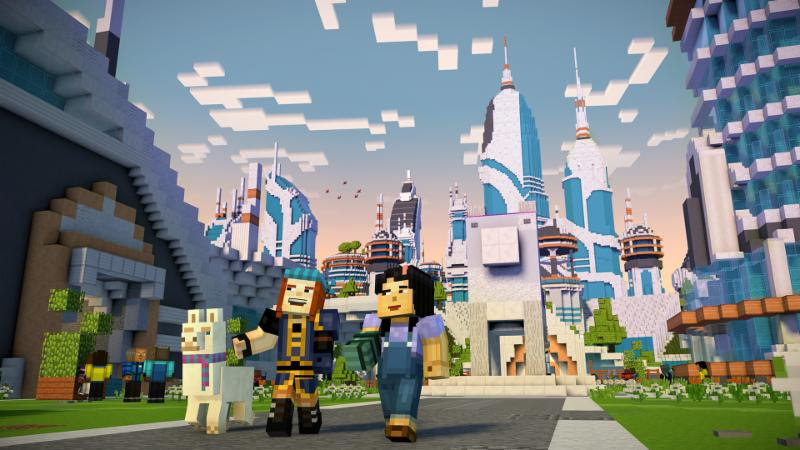 Minecraft: Story Mode – Season Two continues Jesse’s saga in a five-part, narrative-driven, episodic game series developed by Telltale in collaboration with Mojang and members of the Minecraft community. Though players’ choices from the first season optionally carry over into season two, this new season will be accessible to both returning fans and newcomers alike.

This second season will also include Telltale’s unique multiplayer ‘Crowd Play’ feature, which allows friends and family to engage with the adventure together by helping to decide the direction of the story from any mobile device with an online connection.

Minecraft: Story Mode – Season Two is a standalone product separate from both the core Minecraft game and season one of Minecraft: Story Mode. Season two is available for download on Xbox One, PlayStation 4, PC, Mac, iOS, and Android-based devices. A retail version on disc is now available in stores. Episode four has been rated ‘Everyone 10+’ by the ESRB.